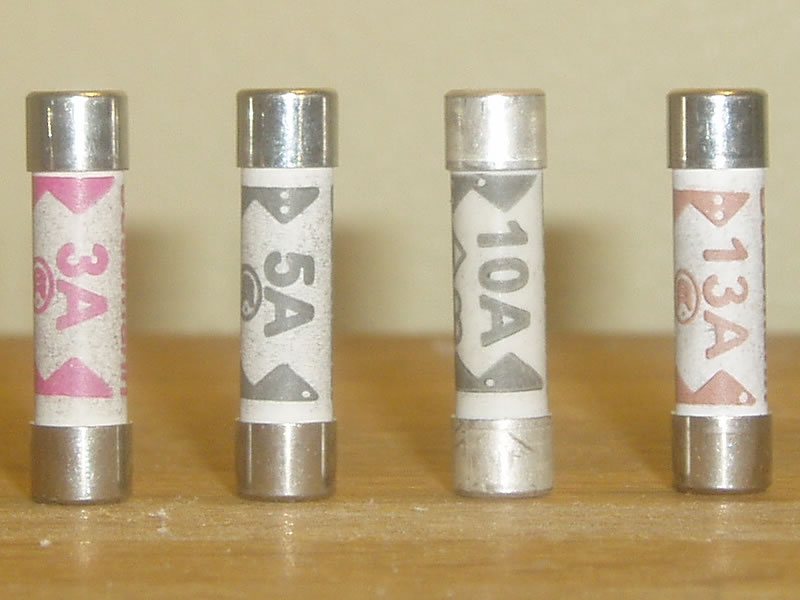 Here are some examples of common PAT testing failures we find to give you an idea of what is deemed safe or not. It is important that the duty holder and end user have a basic knowledge of these items, so that any appliance that becomes unsafe between test periods gets removed from service and/or suitable repairs are carried out by a competent person. 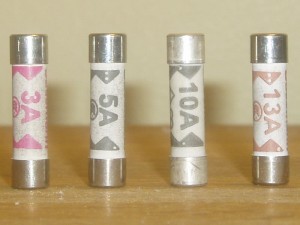 While there is an agreed standard for new electrical appliances, incorrect fuse ratings are still the most common issue found when PAT testing. With modern appliances anything that uses less than 700W of power should be fitted with a 3A fuse, anything above 700W a 13A fuse. While this works, and was designed to simplify the process, it’s not always adhered to and can be improved upon.

13A wall sockets are good for anything up to 3000W of power, therefore a general rule of thumb often applied is each 1000W draws approximately 4A of current, therefore needs a fuse rating slightly higher than that to protect the wire. In the event of an appliance entering a fault condition, a surge of current will blow the fuse, break the circuit and stop a too high current flowing down the wire. If the fuse rating is too high, it may not blow, potentially allowing a current too high to pass through the cable, which left over time will cause a fire.

How is it corrected? Your PAT test engineer will replace the fuse with the correct rating and your appliance will be safe to use. 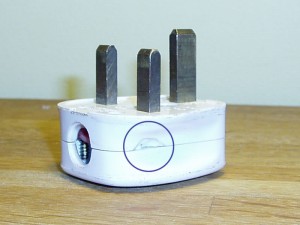 Any cracks or damage to the plug, or excessive damage to the appliance itself that may expose it’s electrics will fail. A cracked or damaged plug, could potentially be an electric shock risk when the end user is removing or plugging in the item. A cracked case that exposes the electrics inside, would also be a fail for the same reason.

How is it corrected? A cracked or damaged plug would be replaced by your PAT test engineer. An item with a damaged case will most likely need replacing, insulation tape is not an acceptable repair. If spotted before your PAT testing is due, they should be repaired or removed from service. 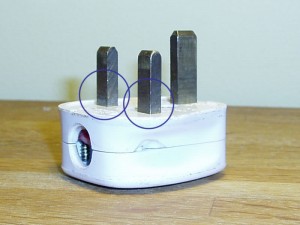 Despite not being manufactured in this style for many years, these plugs still crop up from time to time. Newer, modern plugs have the Live and Neutral pins insulated to stop the users fingers making connection with the metal when the plug is partially inserted, during plugging & unplugging of the appliance. Whereas if the plug and socket is the correct size and shape, the user shouldn’t be able to make contact with the pins until they have been disconnected from the source, there have been instances where people have used metal implements to remove a stuck plug and made contact. A common trick amongst school children was to wedge a 1p piece between the pins to create an explosion when plugging in – this is a very unsafe practice, potentially injuring the user, causing a fire and damaging the whole electric circuit. These plugs are very dangerous if used incorrectly and should not be used.

How is it corrected? These will be replaced by your PAT test engineer. If spotted before your PAT testing is due, they should be repaired or removed from service. 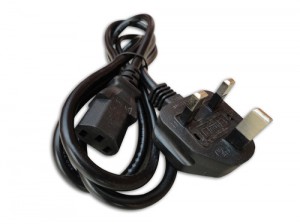 As a complete opposite to the above problem, the plug attached to the cable to the left has the earth pin partly insulated that it shouldn’t have. We’ve covered this before on our Counterfeit Plugs blog post so have a read of that if you want details, but when this is plugged in, it won’t make the earth connection as required.

How is it corrected? These items are generally counterfeit cables, stamped as meeting the BS1363 when they don’t. The plug cannot be swapped as there is no way in telling if the rest of the cable has been manufactured with sub-standard materials. You should remove them from service, contact the supplier who you purchased them from for a full refund, and inform trading standards. 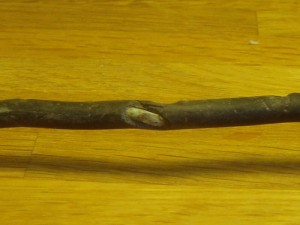 Excessive wear and tear to the cable is also considered dangerous and the item should be removed from service if spotted. If any more damage was to occur to the flex in the image, bare wires would potentially be visible, creating a shock risk if the wire, or a conductive item that made a connection to the wire, was touched.

How is it corrected? In nearly all cases, damaged flex can be disconnected from the appliance and refitted with a direct replacement, or one with a heavier-duty sheath.

What is a Portable Appliance?

I'm a fully qualified electrician based at our office in Long Eaton, covering Derby, Nottingham, Leicester and beyond. I started Peeko in November 2012 initially offering commercial and industrial testing services and we have expanded to become a one stop shop for all electrical work be it domestic, commercial or industrial. We can offer services from changing broken light switches to full factory fit outs.
Related Articles
PAT Testing Risk Assessment Approach
School PAT Testing
PAT Testing for Home Workers 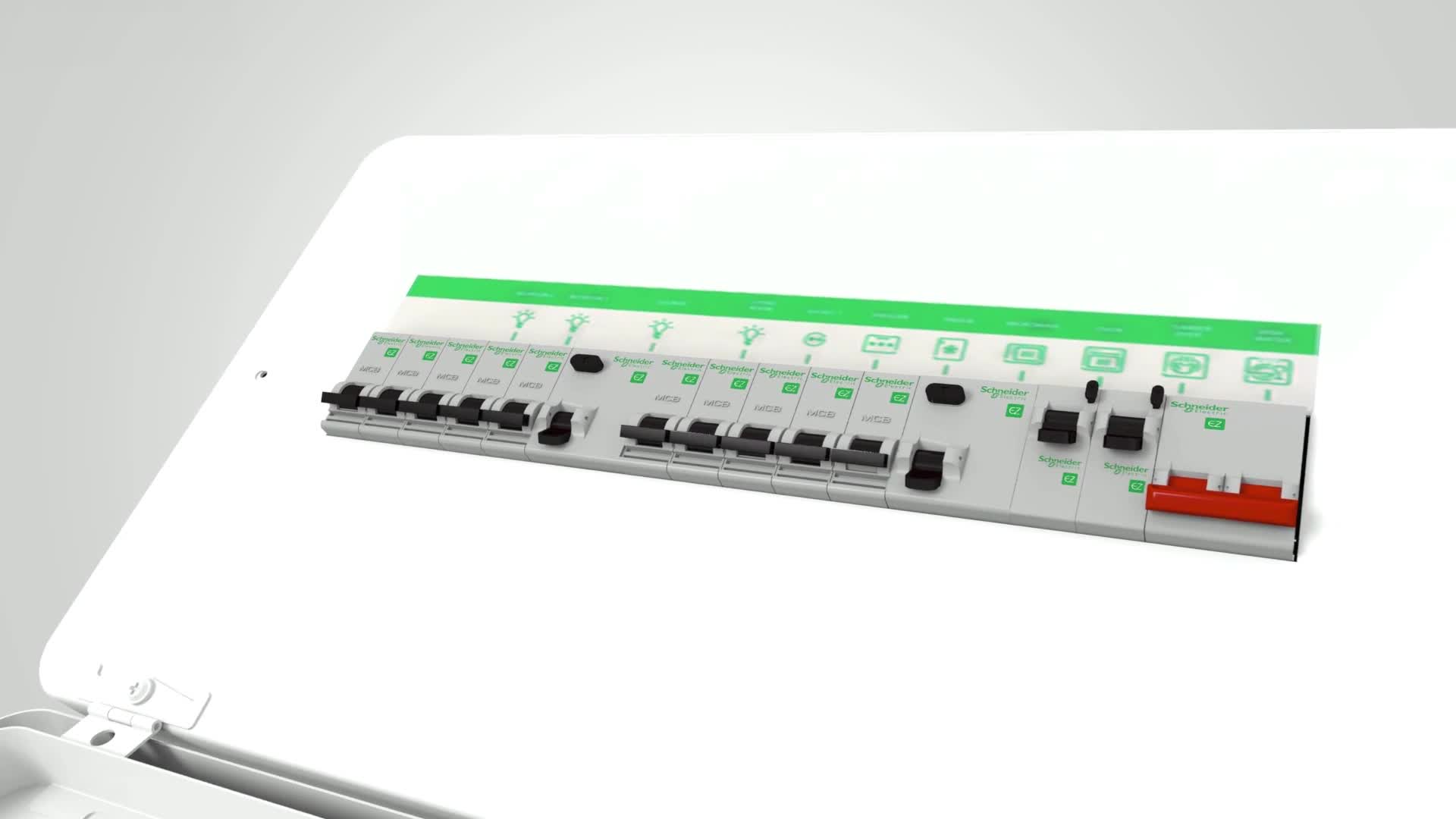